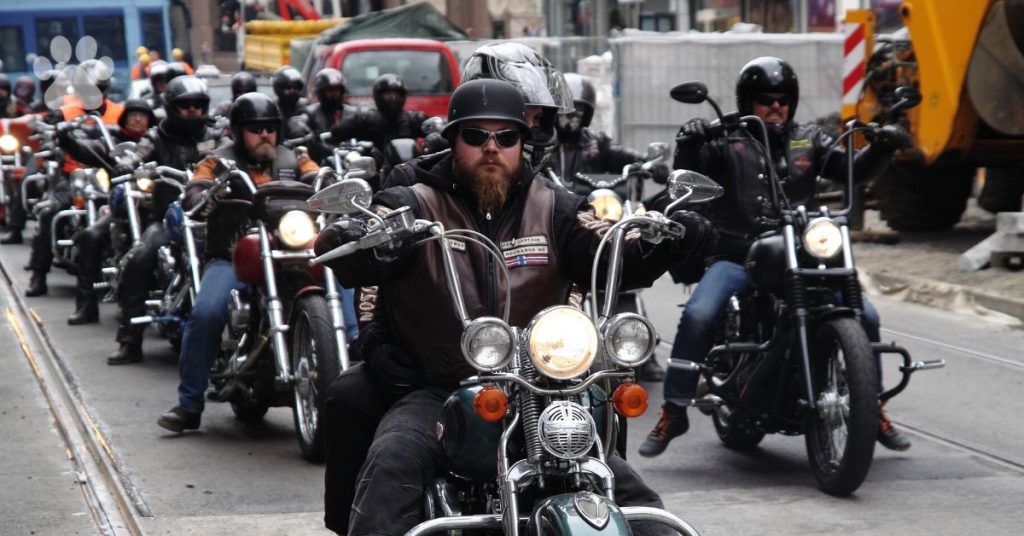 Good things come in all kinds of interesting packages! Proving this fact once again is a big, bad gang of biker boys… who happen to have a soft spot for kitties… and doggos. OK, it’s pretty much any animal who needs saving, let’s not put limits on it! Never heard of Rescue, Ink? Well, you’re in for a real treat. These guys are in a constant bar brawl with animal neglect and abuse, and they’re making a difference, one furry sweet pea at a time.

Pigs, horses, dogs, cats and even fish have been saved by this gang of fierce animal lovers. If you’re on the wrong side of the law, you’d better watch your six. They’ve got friends in high places. And thanks to their TV show Rescue Ink Unleashed they’ve received even more exposure in recent years. They’ve done two seasons so far; one aired in 2009 and the other in 2013. This all-too-real show offers a glimpse into the often sad and sometimes truly devastating world of animal abuse and neglect. (1)

TruDog’s ​BOOST ME is a freeze-dried​,​ versatile supplement that contains ​simple ingredients packed with powerful nutrition.

There was even a book written about them, released in 2009, chronicling their rescue efforts. The title is of course “Rescue Ink: How Ten Guys Saved Countless Dogs and Cats, Twelve Horses, Five Pigs, One Duck, and a Few Turtles”.

Hairy ones, scaly ones, billed ones, they’re all safe in the arms of these burly tattooed softies. (2)

Though these guys are certainly large and in charge, the Rescue Ink gang always gets by with a little help from their furry friends. As a group of men who have seen their fair share of violence on the streets, these guys know a thing or two about loyalty.

Few things in this world are as true blue as man’s best friend, and these fine men have made it their mission to level the playing field for those less fortunate pooches. Having been protected by their own furry best friends when no one else could be counted on, what seemed to be stone-cold hearts of big bad burly tattooed bikers, seemed to be crumbling. Or was their true heart being revealed? We like to think it’s the latter. (3)

The bikers began to use their powers for good, to make a difference in the lives of those who can’t speak up for themselves – alas, Rescue Ink was born. It’s long been said that you can look at the world as a tough, mean, awful and angry place… or you can choose to see it as loving and friendly, open and safe. And whichever way you see it, you are correct. It seems that these guys have seen both sides of that coin. Having come from a place of violence, distrust, and unrest, they found a new way to move through the world. Interestingly, both of these ways have a strong impact.

But where one of these ways would continue leading them down an angry, scary, isolating path, the other would lead them to newfound relationships with the police force, and the love of animals. On this path, they would encounter the wonderful feeling of connection that can only be found when you… well… connect.

All of this, without ever having to sacrifice their sense of style. Quite a life these former gangsters have carved out for themselves. Woof.

An avid traveler, runner, yogi and self-care junkie, Emily’s writing showcases her depth of interest in life and learning. As informative as it is approachable, she engages readers with relatable tidbits, support, and wisdom in an easy, friendly way.

One of the hardest decisions pet companions make is to put their sick pets down. The idea is so heartbreaking, it becomes impossible to imagine that it could actually be…

Whether you have lost a pup before or not, many pet parents can imagine the sadness and stress invoked by a missing doggo. One family from Byron, New York is…

Congratulations, proud new Yorkie parents! It’s easy to love the adorable Yorkshire terrier, and as one of the most popular toy breeds out there, it seems many people agree. Nowadays…