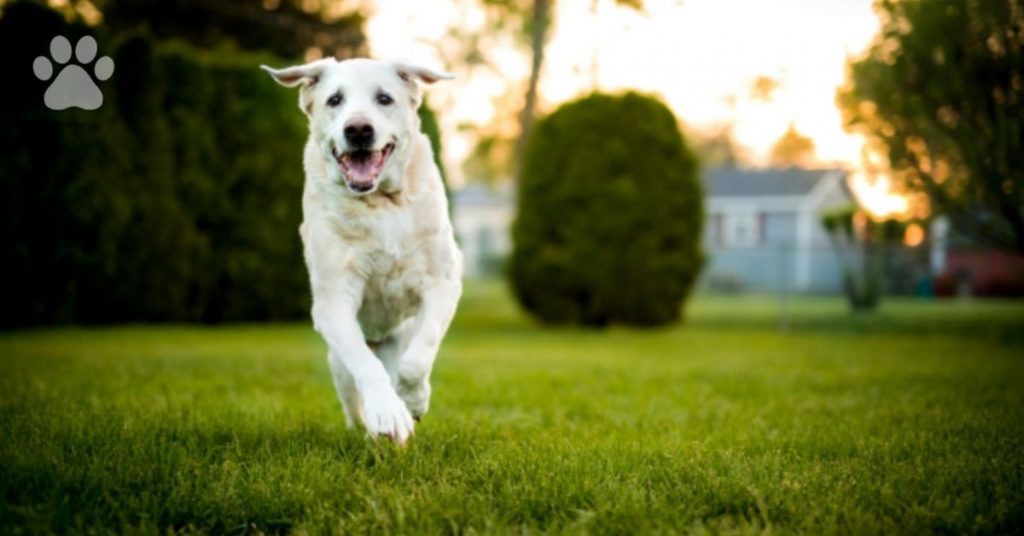 At the end of November 2018, a titan of American culture passed away. George H. W. Bush was the President of the United States from 1989 to 1993. He was ninety-four years old when he passed away, which made him the oldest United States President to have ever lived. That is a pretty impressive accomplishment; it is probably a record that will not be beaten by anyone anytime soon!

As expected, there were many who were saddened by the loss of former President, George H. W. Bush. One of the most notable amongst the numerous family members and close friends that mourn the late President is George’s service dog, Sully. 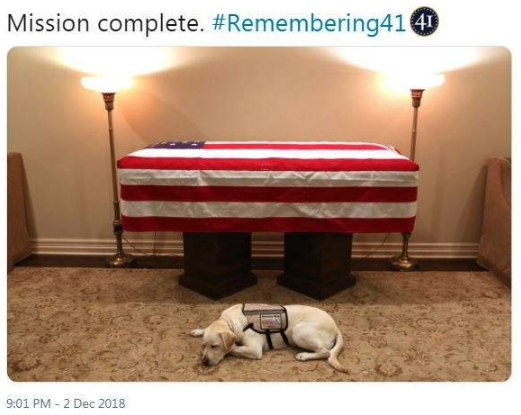 The President And Sully

Sully is a gorgeous yellow labrador retriever that was George H. W. Bush’s first and only service dog. The two were united on June 25th, 2018. The public was made aware of the partnership when George H. W. Bush made a formal announcement on Twitter that declared:

“A great joy to welcome home the newest member of our family, ‘Sully,’ a beautiful – and beautifully trained – lab from @AmericasVetDogs. Could not be more grateful, especially for their commitment to our veterans.”

Over the next several months until George’s passing, the former President and Sully formed a powerful bond that can only be had between a service dog and its caretaker. But the public did not know the magnitude of the relationship between President and service dog until December 2nd, 2018, when Jim McGrath, the spokesperson for George H. W. Bush, posted a touching picture of Sully sitting next to his pet parent’s casket.

The picture, which was posted on Twitter, simply captioned the words:

Such a touching story! It really does prove that dogs are man’s best friend. They will stick with us through life, old age, and even death. What did we ever do to deserve such loving, loyal creatures? We are so incredibly lucky to have them in our lives!

What Happens To Sully Now That George H. W. Bush Has Moved On?

Now you might be wondering what is going to happen to Sully now that his pet parent is no longer with us. There are a variety of paths that opened up to the dog. The Bush family had the option to keep Sully as a friend forever, but instead, they elected to allow Sully to go and bring joy to another family that needed him more. This is a truly admirable decision. I am sure that many of us would not be able to part with such a beautiful soul. But Sully can help others and it is great that they chose to let Sully do his life’s calling!

In an interview with CNN, John Miller, president of the Guide Dog Foundation & America’s VetDogs commented on the unique bond between Sully and George H. W. Bush, “… right from the very beginning of the first day there, the President welcomed Sully with open arms. The entire family was very gracious. And, you know, by all accounts, they had a great relationship together. It was an instant bond…”

What an amazing, tender story! We know that Sully has a long and happy career ahead of him, saving lives and bringing joy to everyone around him. It is reported that Sully can perform up to two pages of tasks, which includes answering the phone! What an amazing and beautiful dog! Good job, Sully! And best of luck to you on your next assignment! We’re all rooting for you!

Do you have a service dog that’s made a difference to you or someone in your life? Be sure to reward their incredible behavior with some of the best dog treats on the market!