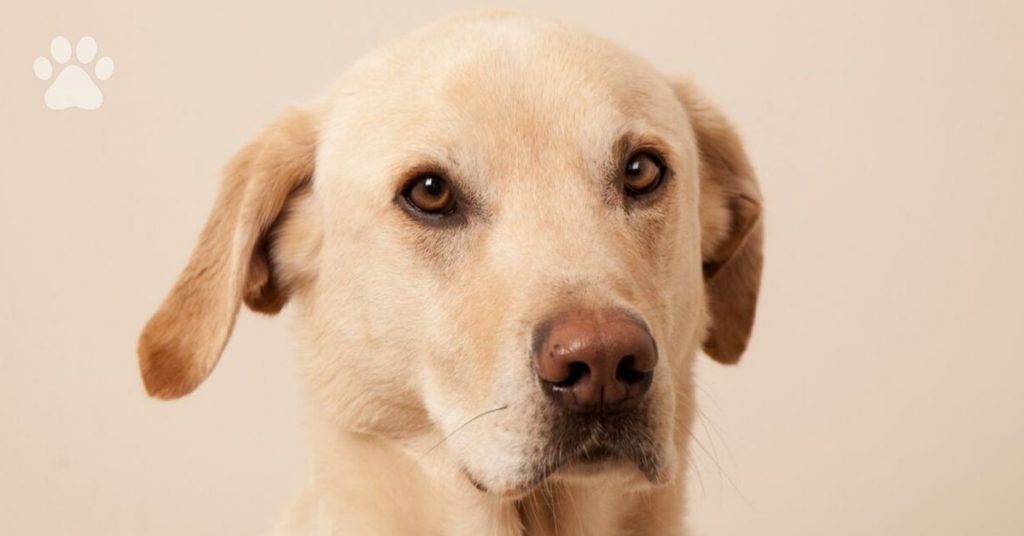 How much do you love your dog?

Any pet parent will immediately answer “A lot!” Maybe your personal answer is “So much,” or even “More than anything!” But have you ever stopped to wonder just how much that really is?

Imagine that a stranger and your precious fur baby are standing side-by-side. Imagine that they both needed help. Of course, you would want to help them both. But what if you could only choose one? Would you choose the dog or the human?

Whether or not you can know your choice for certain, I bet you had to think hard about it! There is no shame in that, though. It turns out most people would choose their dog before saving a stranger!

Research shows that dogs elicit more empathy from us than for our fellow human beings. But just how far does that empathy take us? Researchers from the University of Colorado and Northeastern University were wondering this very thing.

They set out to see how people react to stories of tragedies impacting animals versus those impacting humans. They asked 256 college students to read a version of a fictional news report. Each report contained an identical story of police responding to a report of violent physical abuse. However, each version had a different victim. The abuse victim was either a human child, a human adult, a puppy, or an adult dog. The researchers then asked the students to describe how the story made them feel.

The results were conclusive. Students who read about the abused child, puppy, and grown dog reacted with similar levels of empathy. Those that read about adults, were less affected. It’s interesting to note that while participants felt more empathy towards children than adults, age didn’t matter when it came to a pup in peril. 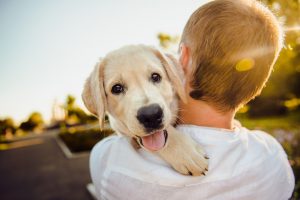 The University researchers concluded that humans care more for children and dogs than for other adults. But what if we had to choose between a dog or a child? A British charity called Harrison’s Fund ran an experiment to find out.

They conducted their experiment in the form of a fundraising campaign. The charity ran two versions of the same online ad. Each ad was headlined by the question, ‘Would you give £5 to save Harrison from a slow, painful death?’ Both ads outlined the story of an individual suffering from Muscular Dystrophy. Both ads asked for donations to help fund his treatment. The only difference, however, was Harrison. Each as used a different photo to depict who poor Harrison was.

One ad featured a photo of a young, human child. The other used a simple stock photo of a dog. In reality, Harrison was the 8-year-old boy in the first ad. However, “Harrison the dog” garnished twice as much support from giving hearts. His photograph attracted 230 donation clicks. The photograph of Harrison’s real face received less than half that amount, with only 111.

Some might find these results surprising. Why would humans prefer puppies and dogs over their fellow humans, especially children?

Perhaps it’s because we see dogs as vulnerable regardless of their age, at least compared to human beings. We may consider human babies as similarly vulnerable, but we view adults as capable of fending for themselves. We may subconsciously believe that even an elementary school child is more capable of caring for themselves than a dog.

People tend to see dogs as having less control over themselves and their circumstances, even compared to human children. Therefore dogs require our support and protection since they can’t provide for themselves. Dogs can’t even speak for themselves. They are innocent and pure beings that only ever give us love. People, on the other hand, tend to let us down. It’s important to remember these are merely perceptions and not factual statements. All living creatures deserve love, safety, and companionship. But our egos don’t seem to get in the way as much when we see something else as extremely nonthreatening (like dogs and kids). 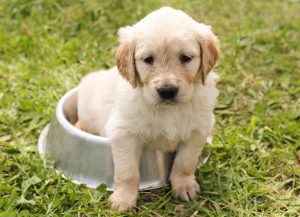 Dogs are family. In many ways, they can be just a much a child to us as any human. Regardless of why – the fact is that we love dogs more than anything or anyone else. Not only do they need us, but in our eyes, dogs deserve the world. In more cases than not, we will do whatever it takes to give it to them!

So don’t feel bad about spoiling your dog! Show Your Dog Some Love With Nutritious, Delicious Raw Treats!

Hi! My name is Jenna and I am a proud pet parent of a gorgeous Golden Retriever. I grew up surrounded by animals and developed a love for anything on four legs! I've had experience caring for many breeds, including Blue Heelers, Shih Tzus, Great Danes, Australian Shepherds, and more. I spent a year working as a night puppy nurse for Doberman Pinchers, delivering puppies and taking care of all the health needs of the parents. I work now as a professional copywriter and researcher and am happy to be able to share my love for dogs by contributing to TruDog.