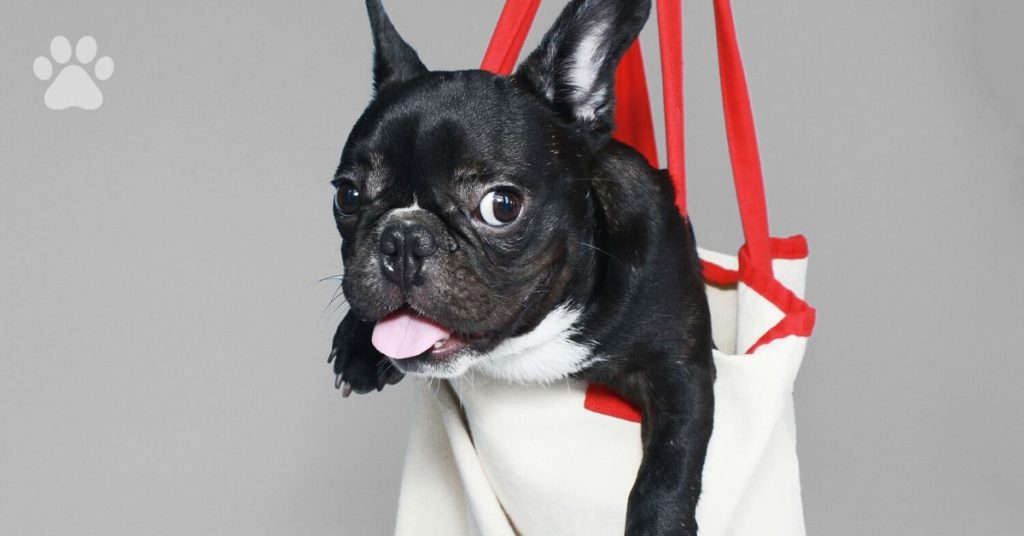 There are times where I seem to want to take my dog everywhere – grocery shopping, friend’s places, class, and on road trips. It’s hard to say no to those eyes! Can anyone else relate to not wanting to leave your furbaby behind? I know riders of the New York subway share the same sentiment with me. Pet parents are resorting to extremes to ensure their pups can come along on their journeys in the big apple.

In 2016, the Metro Transit Authority (MTA) of New York took a stance on four-legged subway riders. To improve public safety in one of the world’s most hectic subway systems, the MTA declared animals could only come aboard if, “enclosed in a container and carried in a manner which would not annoy other passengers”. Many suspected, the MTA initially meant pet-safe animal carriers or dog-specific purposed crates. But New Yorkers quickly got creative with this rule… pushing the MTA to their limit. (1)

TruDog’s ​BOOST ME is a freeze-dried​,​ versatile supplement that contains ​simple ingredients packed with powerful nutrition. 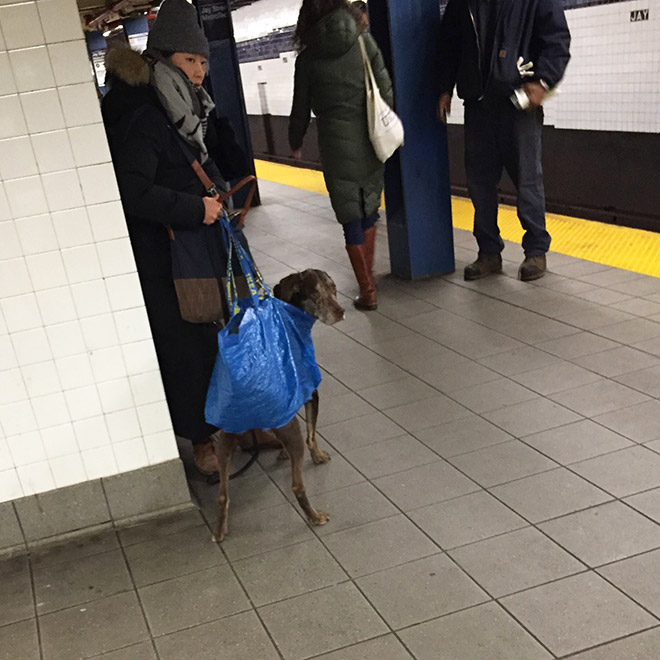 In lieu of a formal crate, residents of New York have found protection under the MTA policy by using a wide array of bags, rucksacks, totes, and homemade contraptions to hold their pooches. Doggies of all shapes and sizes are still riding the New York subway, thanks to some inventive bags and fashion-forward thinking from pet owners. The law has created a significant loophole for pet parents overall, with its vague language and failure to specify the size of dog riders.

Yet, the MTA has not whole-heartedly embraced all riders’ attempts to put a dog in a bag. For example, in June of 2018, the MTA briefly advised riders via twitter to call 911 if they saw a dog outside of a bag or in an insecure bag on the subway. However, this statement was revoked within twelve hours due to an overwhelmed 911 system and public outcry over the misuse of the emergency service. Additionally, in April of 2019, a video went public of a man being refused access to the subway over his ‘dog bag’. The conductor can be seen in the video sticking his head out and telling the rider, “That’s not a bag, that’s not a bag” before driving the train away. As journalist Will Sabel Courtney filmed and posted the encounter, the video quickly racked up views and provoked discussion. Guess when it comes to bag material, err on the side of caution and make sure you have a big enough bag when riding the subway! (1, 2) 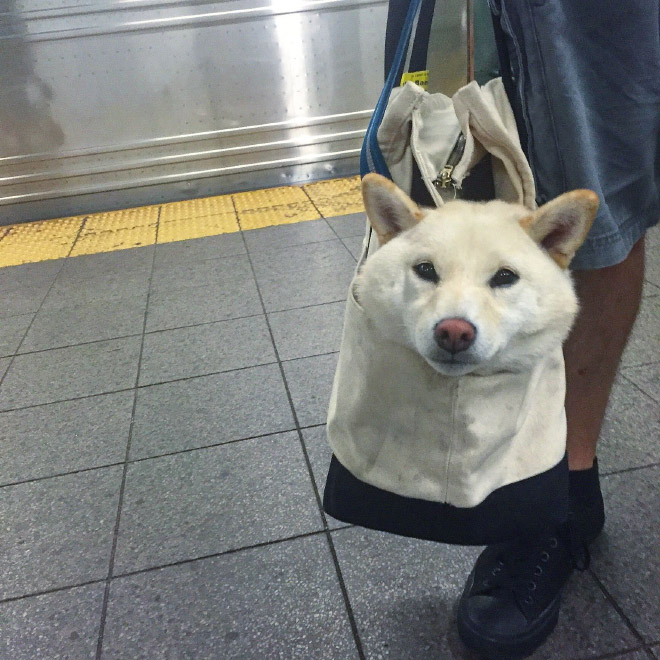 The Instagram account @bagdogs documents the many ways dogs are riding the New York subway. From first appearances, almost any bag will do to get your dog onto the train. My personal favorite is the use of IKEA bags. Inexpensive and simple, but not something I ever thought I would see a dog in! Just ensure, if you are hitting the NYC subway soon, that you bring an appropriately sized bag with adequate ventilation for your pup. Too small of a bag can create a scary and traumatic situation for your dog, in an already very busy setting. (1)

Crystal McLeod is a registered nurse, nurse researcher, and freelance writer in Ontario, Canada. She is also a dog mom to a rescued Pekingese named Scruffie. Crystal and Scruffie enjoy long, leisurely walks, traveling to new places, and chicken nuggets.

One of the hardest decisions pet companions make is to put their sick pets down. The idea is so heartbreaking, it becomes impossible to imagine that it could actually be…

Whether you have lost a pup before or not, many pet parents can imagine the sadness and stress invoked by a missing doggo. One family from Byron, New York is…

Congratulations, proud new Yorkie parents! It’s easy to love the adorable Yorkshire terrier, and as one of the most popular toy breeds out there, it seems many people agree. Nowadays…