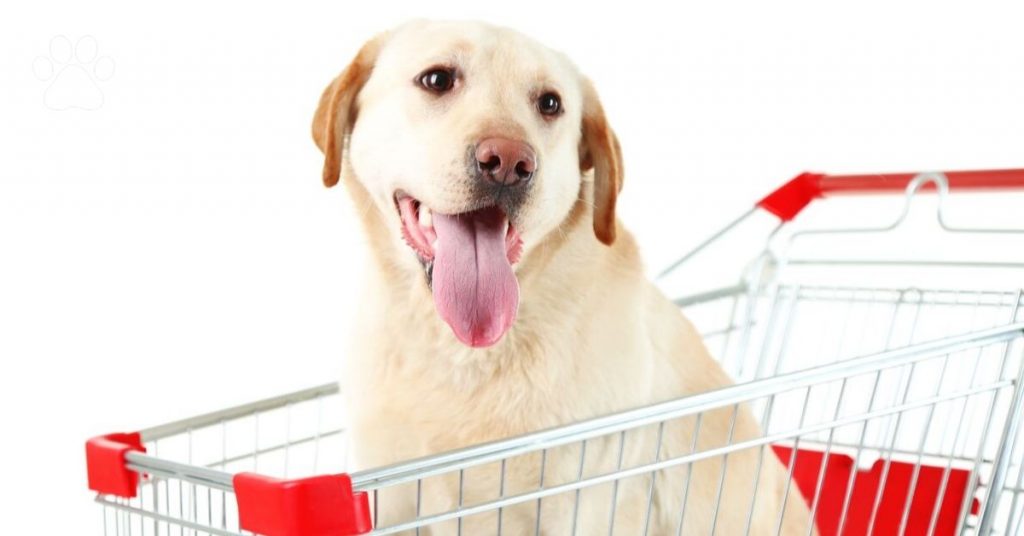 The best part of any fur baby’s day is time spent out of the house. With so many different sights, sounds and smells to take in, our pups just love getting out. But what happens when it’s not just the occasional walk or trip to the dog park. What happens when a dog gets to experience something she’s never seen before?

It’s exciting for all dogs to explore a new environment, but even more-so for a puppy that’s just beginning to understand the world around her. A Corgi puppy named Zira couldn’t hold in her excitement as she got to experience shopping at Target for the first time. And we have to admit, it’s the same way a lot of us feel when we go out shopping. 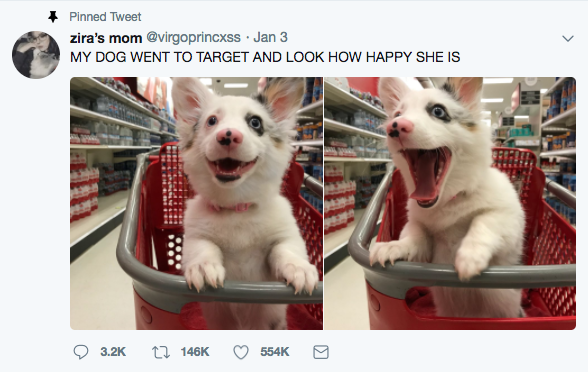 A Twitter user named Jesse was happy to share the photos of her three-month-old Corgi pup, Zira. She was grinning from ear to ear as she made her way up and down the aisles in one of Target’s shopping carts. The caption in her Twitter post says it all. “My dog went to Target and look how happy she is”. The pictures have garnered over half a million likes since she posted them. 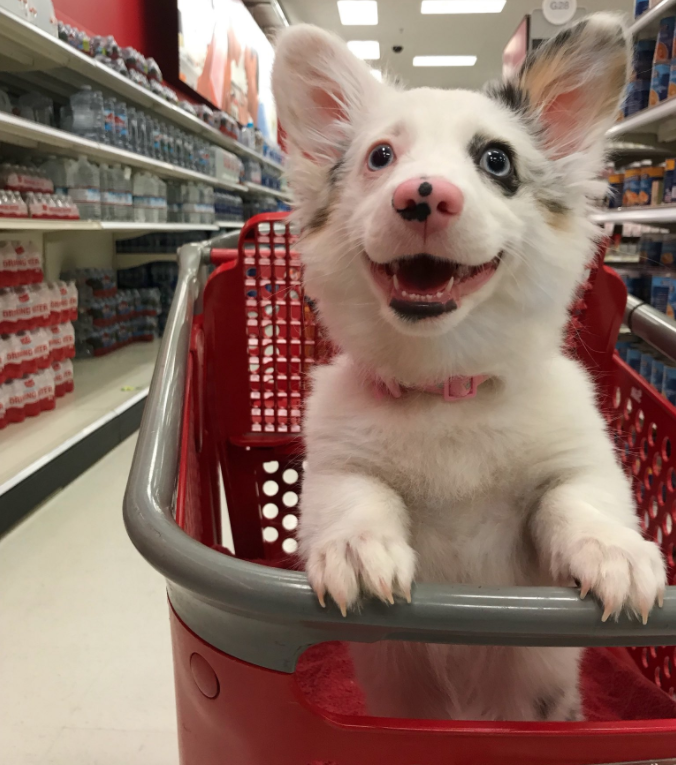 “This was her second trip, although her first one she just slept the entire time”, Jesse said. “She reminded us so much of Rose from Titanic, the way she leaned against the front of the cart, looking out into the world of Target for the first time! We could tell she loved it so much.” Zira is still a puppy, so she’s always looking for something to chew. “She loves getting new toys, ones that squeak, crinkle, or bounce. And since she’s our first dog, she gets spoiled as much as possible!” 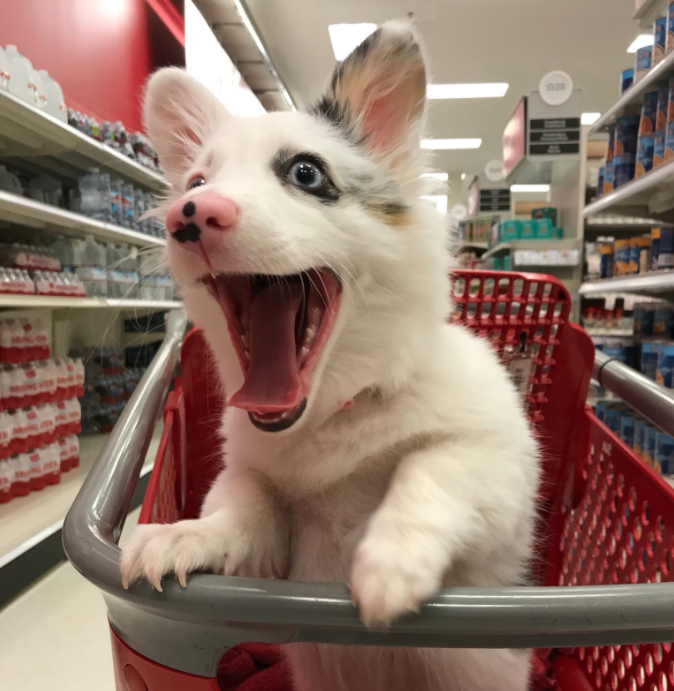 But it wasn’t just Zira enjoying the trip to Target, some customers enjoyed her trip too! “While we were turning a corner, this woman shopping saw her and freaked out,” Jesse said. “She couldn’t stop going on and on about how cute Zira was. Zira just started licking her, and the woman loved it. She even picked Zira up and let her kiss her face!”

After the photos went viral, many other users began to post pics of their fur babies shopping at Target as well. As the post grew in popularity, Jesse said the response had been overwhelmingly positive, but that a lot of users also informed her that it’s illegal to bring non-service dogs into most retail stores as Zira’s presence might compromise a service dog’s ability to assist their owner. 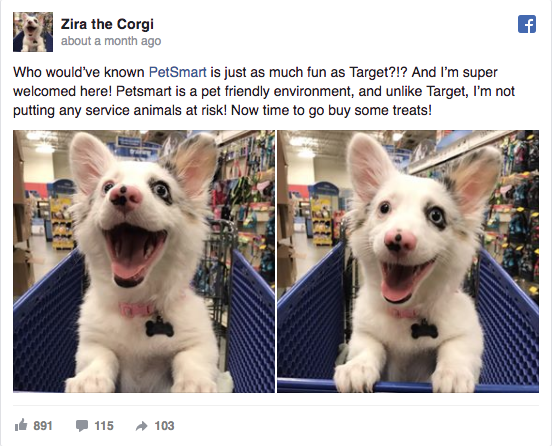 After realizing her mistake, Jesse took to Zira’s Facebook page to apologize. And wouldn’t you know it, Zira looks just as happy to be at PetSmart!

There are a number of nation-wide chains that allow dogs, and that number grows each year. But many retailers adhere to a strict “service animal only” policy. If you have a fur baby you’d like to take on a shopping spree with you, it’s always advisable to call ahead to make sure it’s allowed.

Do you have a pup that loves to go shopping? Share your stories and pictures in the comments below! 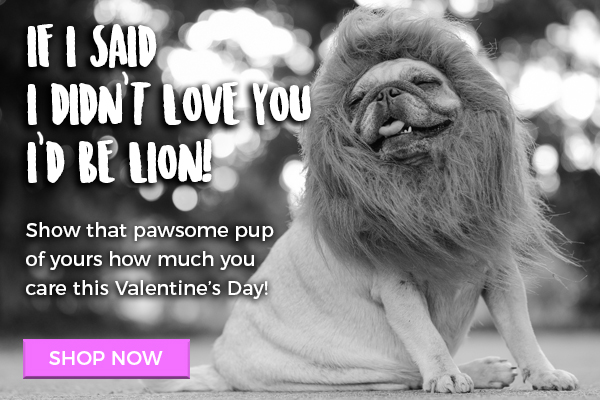