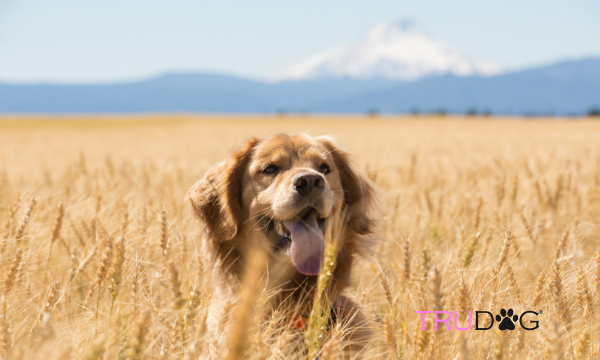 Any dog owner can tell you a story about a time when they’ve caught their dog eating poop. Surprisingly so, dogs eat poop for multiple reasons. Out of boredom, for attention, to avoid punishment, and sometimes due to health conditions, some dogs just love to eat their poop.

As humoring and disgusting as it may be, sometimes, they just can’t help themselves! If you’re wondering why your dog eats poop – you’re not alone.

Why Does My Dog Eat Poop?

This common condition is formally known as coprophagy.

Coprophagy is the term used to describe a common behavior most pet parents dread: eating poop. Cow manure, horse manure, bunny droppings, cat-box-treasures, and even their own or another dog’s poop – it’s all fair game.

Once you know the root cause, putting a stop to eating poop should be easy for most dogs. What’s WRONG, is most likely your dog’s diet.

According to Jacob Brogan, writing for Smithsonian.com:

“… [M]ore often than not, when animals engage in this behavior, they’re not trying not to repulse us — but to communicate something vital about their health and biology. In fact, even when coprophagia does suggest that there’s something wrong with a dog, they’re often engaging in it because they’re trying to make things right, not because they’re fundamentally broken.”

“In my experience, coprophagia is more prevalent in dogs fed kibble, which is a biologically inappropriate diet that can create a chronic digestive enzyme deficiency. Since the feces of other animals are a good source of digestive enzymes, dogs with a deficiency will sometimes ingest enzyme-rich poop.”

Eating poop is your dog’s only way to tell you they’re missing something vital from their diet. And this is one instance where you won’t want to kiss the “chef” after a meal. Yuck! 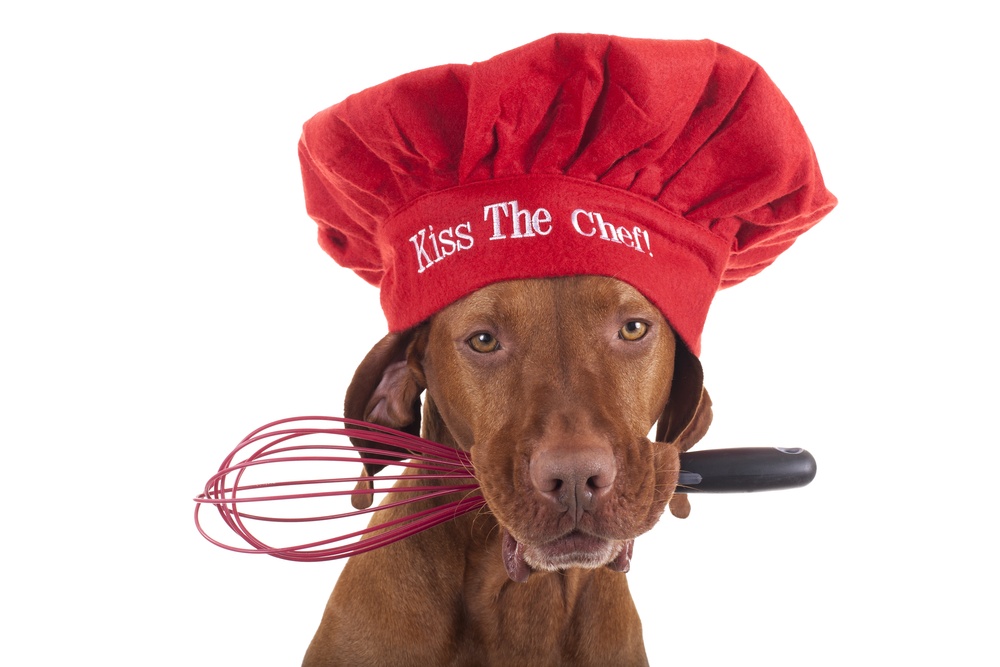 Your Dog May Eat Poop Because of Mother Nature

Sometimes, it comes down to old-fashioned hardwired genetics. While we love and nurture our dogs and keep them safe from anything that may seek to do them harm, this doesn’t change the fact that they are animals that instinctively seek survival.

Given their overpoweringly strong sense of smell, dogs can detect when friends and rivals have gone by their favorite relief stops. This means that a mother may feel she is protecting her precious pups by removing the evidence of their presence.

Why do you think your dog has to stop and sniff the pee that another pooch has left on a lamppost? That’s basically doggy Facebook!

Was Your Dog Adopted or Once a Stray?

If your dog was adopted from a rescue shelter, look into their history. Was your four-legged friend previously a stray that roamed with a pack? If so, it’s possible that your dog was way down in the pecking order. It is not uncommon for lower ranking animals on a pack totem pole to express their subservience by eating the stools of their alphas. Or, much like the example above, they may dispose of any evidence of a member of the pack that’s in poor health to avoid attracting predators. They may have even witnessed a senior member of the pack exhibiting such behavior, thus learning this for themselves. It’s also possible your dog still has a little food anxiety and feels the need to eat whatever their eyes land upon from fear that another meal may not be possible anytime soon.

Alternatively, we’re sorry to say, it could have been a matter of neglect or uneducated pooch parenting from your dog’s previous home. If, after an accident in the house, your dog had their nose rubbed in their own poop they may think that elimination is a bad thing and will be desperate to hide the evidence in future to avoid further punishment.

They could have lived in dirty conditions and felt the need to take housekeeping duties into their own paws. It’s possible that they developed a taste for poop through boredom or stress, having been left alone for hours at a time. Or maybe they just did not receive enough love and affection, and found that by eating their own mess they were yelled at. For a dog that loves their owners unconditionally despite neglect, any attention is good attention. 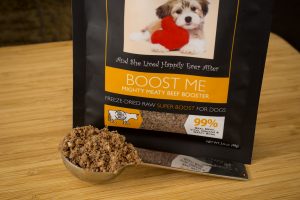 Your Dog May Eat Poop Because of a Poor Diet

If none of the above applies, your dog’s diet may be to blame. Are they getting enough Vitamin B? The canine digestive system is a complicated piece of organic machinery, and some dogs may feel that they are deficient in certain nutrients and eat their own waste in order to ‘recycle’ those vitamins.

If the meals you are feeding your dog are not sufficiently breaking down, your pup may not understand that it’s not just a second helping of dinner. This is a more common issue for dogs that eat too quickly, or enjoy a little too much ‘human food’.

Naturally, however, it could just be something even simpler – you have a puppy. Much like human babies, puppies explore the world by putting things in their mouths and deciding whether or not they taste good, especially if it comes with a unique smell.

Your tail-wagging companion will learn in short order that treats provided by human hands are infinitely more enjoyable and start to leave the poop alone, but keep an eye out for this behavior regardless, and be vigilant about cleaning up after your furry friend. Bad habits can be easy to learn and difficult to break. If your yard is coated with poop, don’t be surprised if your dog begins to consider it for a snack.

Should You Consult A Vet?

Of course, there could be something more serious at work and you should always consult a vet if you are worried about your dog’s dietary decisions – especially if it is a recent development. This could suggest a parasitic infestation, an underactive thyroid that makes your hound even hungrier than usual, or problems with the pancreas.

Alternatively, if you have multiple dogs in your home and one or more has recently taken to eating the elimination of another they could be sensing an illness in their fellow furball and are removing the evidence to protect them from predators. Again, it’s worth seeking a vet’s advice in this instance.

How to STOP Your Dog’s Poop Eating Habit

The solution? For most dogs, coprophagia can be corrected through a few simple dietary and behavioral changes:

If you do not believe the problem to be serious enough to require professional advice, however, there are some simple steps you may be able to take to keep your dog from treating dung as dessert.

Try a firm command such as, “leave it” – you’d be amazed at how quickly dogs can pick up on those two little words, especially if you back them up with treats. Or try treating your dog the moment they eliminate so they realize that there are tastier rewards than what they have just deposited. Also, look into changing your dog’s feeding bowl to one that will enforce slower eating.

Spend Quality Time With Your Dog

Keep an eye on what your dog is eating, and how. if they are quickly gobbling up their food, it’s likely it’s not being digested appropriately before being excreted. They might then just consider their number two to be meal number two.

Raw proteins will also ensure that your hound’s digestive system receives all the appropriate enzymes and will keep everything healthy and regular. Stay up to date on flea and tick treatments, and check your dog (and their poop) for any signs of parasites.

Most importantly, keep your pup entertained! We all look for things to distract and entertain us when we are bored. Dogs don’t always have that option! So as they instinctively look for something else to do, it’s only a matter of time before they’ll do almost anything to be distracted. With your love, attention, and time spent with your dog, they soon will realize that going for walks or fetching their favorite toy can be far more rewarding than snacking on their own business. 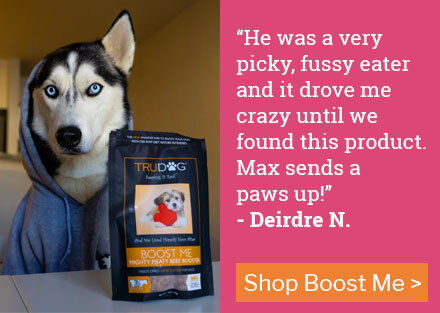 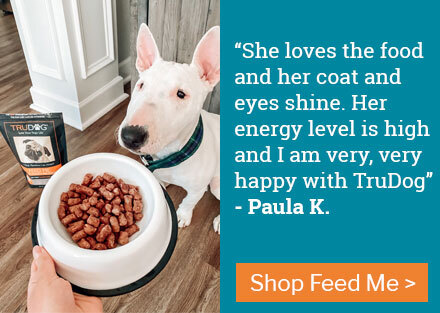 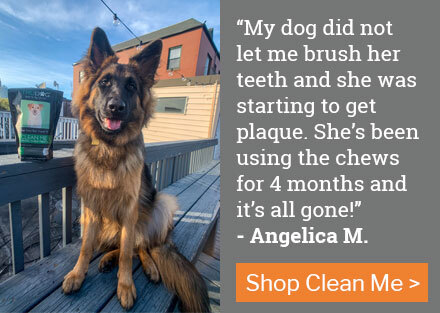 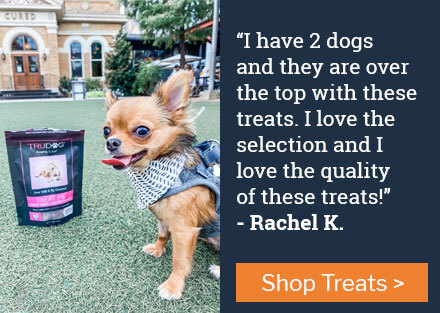